Joe produced this painting when his unit came across a group of exhausted British infantry resting by the roadside during the advance inland after the Normandy landings in June 1944. 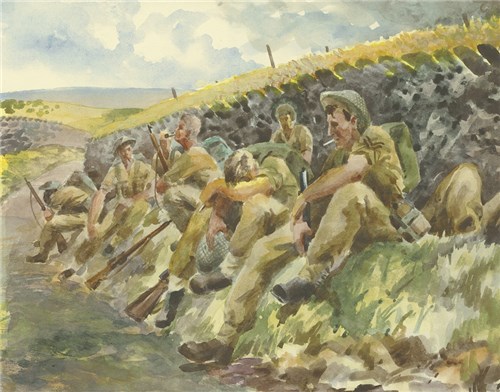