Infantry moving up to Caen

Joe sketched this group of British infantry advancing ahead of his unit in preparation for the attack on Caen in June 1944. 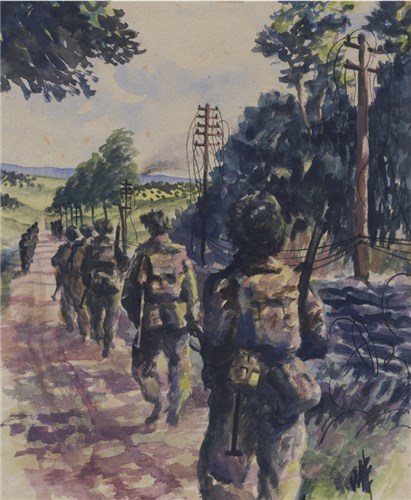