Joe completed this image while sitting in the cab of his lorry, waiting to embark for the D-Day landings on 6th June 1944. 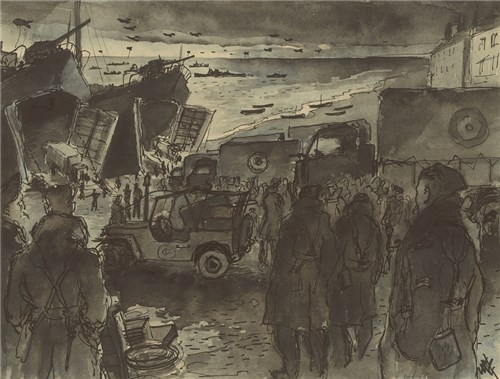