Joe sketched these Typhoons on the muddy airstrip at Volkel in Holland in November 1944. 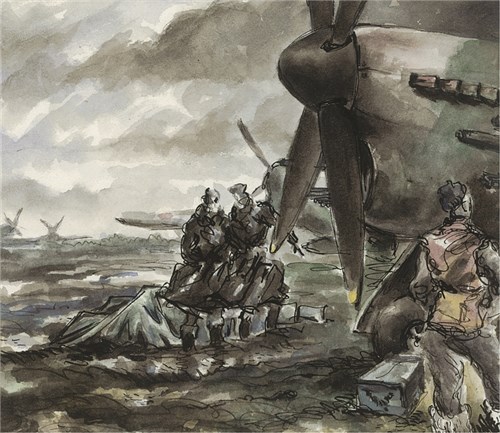