Washing facilities in the early days after the invasion in June 1944 were basic. In his diary Joe recalled eight men having to share one petrol can of water for washing. 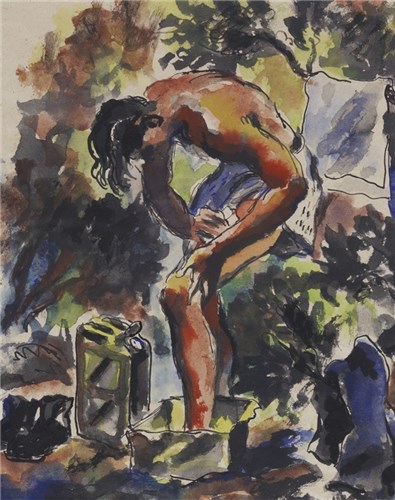