Rocket Typhoons going in before Caen

Joe's unit spent much of their time servicing and re-arming the rocket firing Typhoons, which played a key role in destroying enemy tanks. Here he has recorded them attacking enemy units before the main assault on Caen in June 1944. 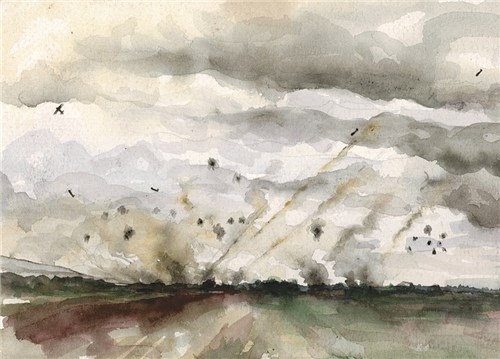