Joe painted this Spitfire, displaying its invasion stripes, on one of the forward landing strips that his unit were tasked with securing and holding as the front line advanced through Normandy in June 1944. 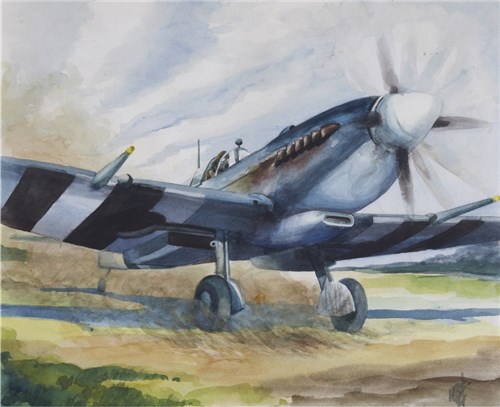