Thousand bombers coming in on Caen

Joe painted this image as he watched a huge flight of Allied bombers passing overhead on their way to soften up the German defences around Caen in June 1944. 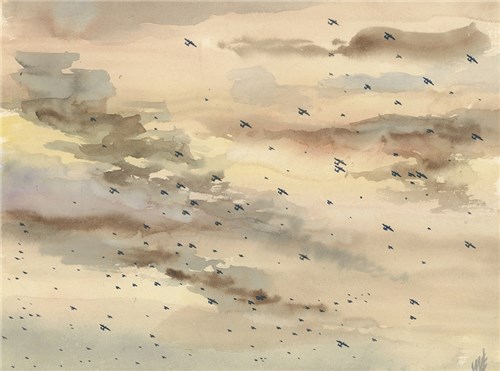